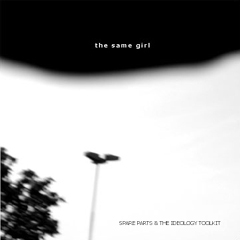 These manipulators of reality have their own unique vision which is a pleasure to share.
Touching Extremes (Italy)

Before discovering a common interest in improvised music, Nicolas Field and Gilles Aubry met up during the summer of 1995 as they were trying to seduce the same girl With Spare Parts & The Ideology Toolkit, the duo proposes a new series of constraint improvisations and a small collection of field recordings. For the recording of their duo improvisations (Spare Parts) the computer is played through bass and guitar amps, thus creating more depth and contrast in order to connect better to the same physical space as the percussion. The set of field recordings (The Ideology Toolkit), inserted between the improvised pieces, were made in Russia and Croatia. The music of the same girl deals with an instinctive approach and strong complicity. By contrast as well as by mixture of sounds, Gilles Aubry and Nicolas Field try to capture, surprise and finally to immerse completely in the energy of the moment. 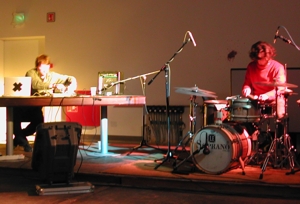