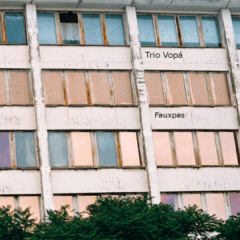 What makes Fauxpas better than most records of the same area is its overall energy and a taste for long, suspended movements that let your hearing breathe.
Chain D.L.K. (Italy)

For three years Trio Vopá has played live and has decided to finally release its debut album Fauxpas, which was recorded during two days in April 2006 at the Sternberg Studios, Karlsruhe, Germany. Vopá is first and foremost an improvising trio which plays with the different formations a trio presents: trio, duo or solo, as well as the different possibilities of playing their instruments - either traditionally or with extended techiniques, i.e. using objects like postcards, brackets or brushes to play their instruments. Building soundstructures that morph and develop in and out of each other, Trio Vopá creates a very concentrated and exciting atmosphere in which a lot of space for sounds, often in the background, as well as the special space between the notes, are to be heard. 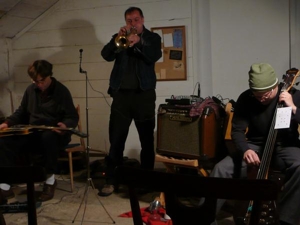