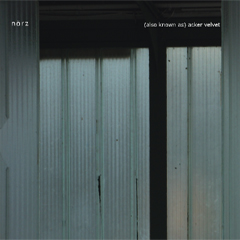 Even if it has blossomed listening after listening I swear this cd captured my attention from the very early play and it has a lot to do with its subtle melodic essence.
Chain D.L.K. (Italy)

The music on '(also known as) acker velvet by Vienna-based duo nörz was created with compositorial, as well as improvisatorial material - fitting perfectly into the concept of the label schraum. Andreas Trobollowitsch and Johannes Tröndle spent one day in Amann Studios, with the intention of gathering solo live improvisations to be used as basic materials. The actual pieces themselves  as to be heard on the album  were developed in a later process of selecting, combining and cutting of these basic materials. Hereby the two musicians dealt very skillfully with the challenge of finding an economic and sensitive way to arrange and re-compose their recorded material resulting in characteristic pieces with clearly developed themes, beautiful contrasts and warm sounds. On careful listening, one notices the juxtapositon and recombination of two opposing ideas in many of these eight pieces on (also known as) acker velvet - though never in terms of "acoustic vs. instrumental", but rather through creating a wonderful symbiotic relationship between these two ingredients, the origins of which are sometimes hard to tell. 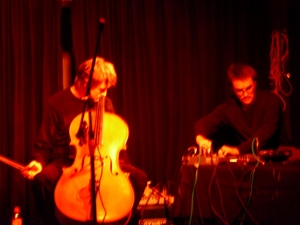