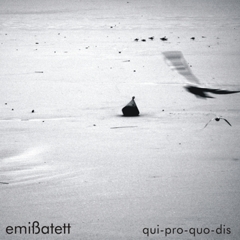 qui-pro-quo-dis presents compositions of Cologne based Cellist Elisabeth Fügemann for trombone, violoncello and doublebass. Originally a trio with Matthias Muche (trombone) und Robert Landfermann (doublebass), Fügemann invited Philip Zoubek (prepared piano) and Etienne Nillesen (prepared snare drum and cymbals) to join the recordings. Both being hand in glove with Fügemanns compositions enriched the recordings with group improvisations on and around them. The result is a suspense-packed swinging back and forth between trio and quintett recordings, creating a (hidden) symmetry which is complemented with free improvisations. The title of the album qui-pro-quo-dis describes the possibility of a defined topic amongst three being transformed into a new or differentiated context by including two further instrumentalists. 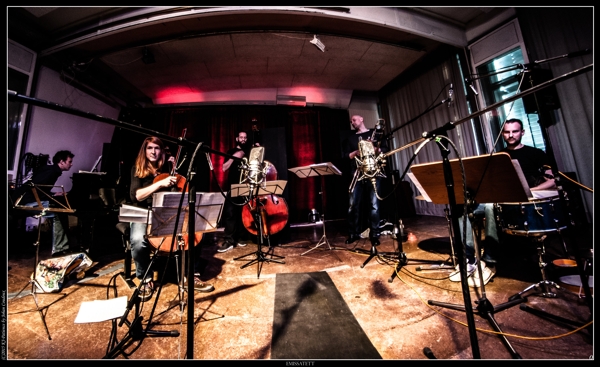