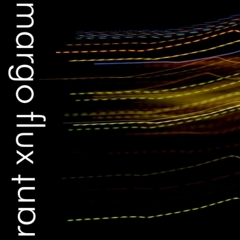 When rant was courageous in breaking their own musical pattern and instrumentation on „land“, they even go a step further now on „margo flux“. It is already almost impossible to tell what kinds of intruments and objects we hear, but nevertheless the two musicians switch their basic instruments on top. Merle Bennett plays guitar on two pieces and Torsten Papenheim plays the drums on „folia“.

The basic approach to developing and composing the music is still the same as it has always been – it's a collaboration in every way, interlocked in creation and performance. Again new is the approach to recording „margo flux“. It was a much more open and fragmentary process, developing the music over the time of the recordings. The origin of the album is the work „uthlande“ which came into being in 2013 as a remittance work for the Garagenoper Festival in Berlin and is rant's first scenic work, playing the entire stage with light and sound installation using contact mics, dictaphone and sampler. Out of this material rant created the new album.

rant recorded „margo flux“ in Berlin on their own for the first time. The piano parts where recorded by Oliver Prechtl in Stuttgart. Extremely important for the outstanding sound of the album is the great sound engineering by Nicolas Wiese (Berlin) and the mastering by Alexandr Vatagin (Vienna). 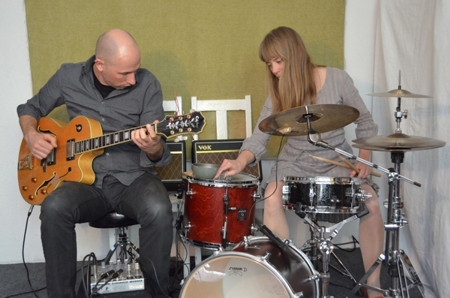